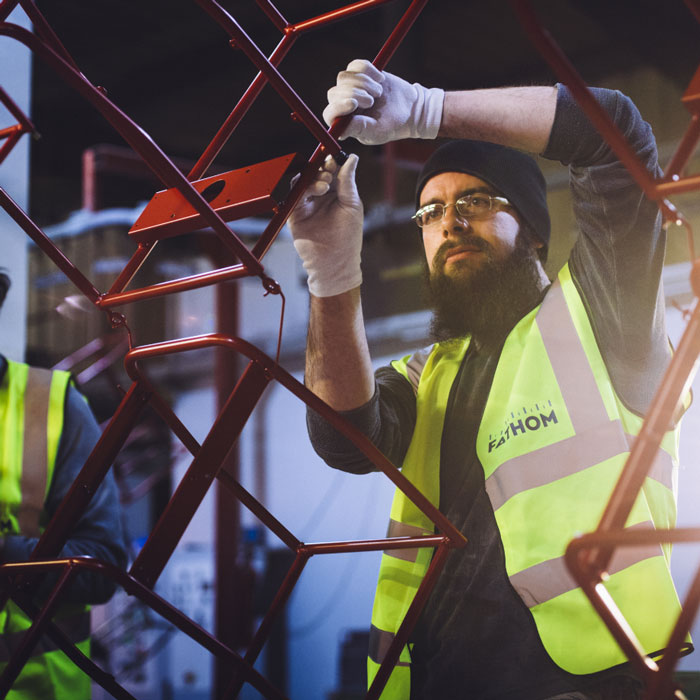 Enter your details and we’ll send our brochure immediately to you.

As you may have noticed, we’ve changed. We have undergone a complete re-brand to bring four exceptional companies together under one name and after months of incredible effort from all members of our team, Fathom has officially launched. Be sure to read our Founder’s blog post on our exciting re-brand if you haven’t done so already.

To celebrate, an internal brand launch with all members of staff was essential to revel in the hard work, dedication and passion that has gone into making Fathom a reality.

The day started with coaches picking up the team from our Thetford offices and driving everyone to Open in Norwich. We entered the venue to find a fully branded and decorated hall, with giant Fathom balloons adorning either end of the stage, where Matt Cater, Owner and Director of Fathom kicked off the day giving a fantastic speech, thanking all the staff for their hard work and dedication in making Fathom a reality. We also had the pleasure of hearing from Chris Bosher, Head of Stratey at Borne in Norwich, who assisted us in bringing the brand to life. Adrian Iles, Managing Director at Fathom rounded off speeches, before we plunged into an afternoon of team activities.

The first challenge set was a forensic based murder mystery task that saw teams using science and teamwork to determine who the murder was. Not only did everyone look fantastic in their forensic suits but they also pulled together to discover who the murderer actually was. This was followed by a team quiz that put everyone’s general knowledge to the test. Congratulations to our winners!

After a fun filled day, our crew boarded the coaches to take them back to HQ and were given the task of completing a Fathom Rubik’s cube and also received a personalised water each.